The Nova Scotia Human Rights Commission and Hockey Nova Scotia have worked collaboratively to find a way of addressing the valid concerns of HNS to curb abusive behaviour of any person involved with HNS while at the same time preserving the ability of children to play hockey despite the actions of parents. After discussions with the Commission and members of the public concerned about this issue, HNS has created a Dispute Resolution Policy.

1. I will do my best to see that all players are given the same chance to participate, regardless of gender, ability, ethnic background or race.
2. I will absolutely discourage, any sport program from becoming primarily an entertainment for the spectator.
3. I will make sure that all equipment and facilities are safe and match the athletes’ ages and abilities.
4. I will make sure that the age and maturing level of the participants are considered in program development, rule enforcement and scheduling.
5. I will remember that play is done for its own sake and make sure that winning is kept in proper perspective.
6. I will distribute the fair play codes to spectators, coaches, athletes, officials, parents and media.
7. I will make sure that coaches and officials are capable of promoting fair play as well as the development of good technical skills and I will encourage them to become certified.

Refer to the Respect in Sport icon under Risk Management on the Hockey Nova Scotia webpage for further information and how to register for this program.

All Volunteers at all levels

All volunteers at all levels – Regardless of position as coach, assistant coach, trainer or manager registered with any minor hockey team or association must complete the Speakout course or take the Respect in Sport online course as well as the Return to Play online course.

Coach Certification, What do I need?

Initiation Program U7 – All on-ice instructors/coaches/assistants must complete the Intro Coach program along with the Risk Management screening and course above.

U9 – All on-ice instructors/coaches/assistants at all Novice levels, Development, Intermediate and advancing, must complete the Intro Coach program along with the Risk Management screening and course above.

U11, U13, U15, U18 House – All on-ice instructors/coaches/assistants must complete the Intro Coach program along with the Risk Management screening and course above and at least one bench staff must have the Hockey Canada Safety Program (HCSP).

U11, U13, U15, U18 AAA, AA, A, and U15B – All Coaches/Assistants/On Ice Instructors must complete the NCCP Development Stream A level clinic, the Hockey Canada Safety Program (HCSP), along with the Risk Management screening and course above.

U11, U13, U15, U18 AAA, AA, A, B, C – All trainers, non-ice bench personnel must complete the Hockey Canada Safety Program (HCSP), along with the Risk Management screening and course above. This personnel are not permitted to go on the ice to instruct or assist with practice unless they have the appropriate coach certification.

All volunteers at all levels – Regardless of position as coach, assistant coach, on ice instructor, trainer, or manager registered with any minor hockey team or association must complete the Risk management requirements by December 1stof the year they start their involvement.

There are no exceptions to the certification requirements and it is the responsibility of the coach and his/her Minor Hockey Association to ensure all requirements are met.

Before you begin any training program or competition, it is important to make sure that you have properly warmed up. This will ensure that your body is ready for whatever you are going to put it through. A proper warm-up will also help to prevent injury and help you to begin focusing on the task at hand.

CHARACTERISTICS OF A GOOD WARM UP

– Always utilize your entire body when performing your warm-up. Do not limit it to a specific area of your body only.
– Warming up must comprise movements related to the game situations that lie ahead. This improves and sharpens nerve innervations.
– Warming up exercises should be done systematically/slowly, they should not be the quick/jerky type.
– Do not hold breath when exercising, but inhale and exhale deeply.
After a long trip (ie. Drive to an out of town tournament), a good warm-up is essential. This helps to stretch the muscle, and maintain the flexibility of various muscle joints.

The benefits of warming up are in 3 areas:

1. Physical Changes:
– The player’s neuro-muscular coordination improves. Hockey is played with a stick, and it is essential for you to have good neuro-muscular coordination, in order to perform at higher level.
– Muscles/joints are fine-tuned and the joint flexibility/mobility increases – injury is minimized.
– Stretching and loosening effect in skeleton muscles. Muscular function is accelerated according to the needs of the game.
2. Psychological Changes:
– Confidence level increases – You can easily overcome anxiety/tension/pressure before the game.
– Warming up creates a constructive outlet for your negative feelings.
3. Physiological Changes:
– Through a good warm up, the efficiency of muscular contraction increases to its optimum. The speed of contraction may be increased approximately 20% by raising the body temperature.
– The physiological benefits of raising muscle temperature through proper warm up, prior to the actual game include:
– Reduced muscle viscosity
– Increased rate of chemical synthesis of contraction and recovery
– Improvement in blood circulation

Standard Warm-up Exercises
If you are in an area that has enough room, and you have enough time, to do a proper Warm-up, then it is preferable. The Warm-up should last approximately 15 to 20 Minutes. It should start off slowly and progress from there. The Warm-up should try to mimic the types of movements that an athlete will be doing in the upcoming activity.

High Knee Walks
High Knee Walks are a great warm up and stretching exercise to help stretch the lower extremities. Maybe more importantly it helps to teach the joints and associated musculature to increase the range of motion. This will obviously help to improve stride length that in turn will help improve speed.
When performing the high knee walk it is important to keep your head up, back straight and slowly and intentionally pull your leg up to your chest as you walk. Lower the leg to the ground as you step forward and then pull the other leg up to your chest. Be sure to pull the leg up to your chest as high as possible and DO NOT lower your chest to your leg.

Long Strides
This is a great dynamic warm-up for the hips and more importantly the hip flexors. It is important to make sure the hip flexors are long and elastic to ensure your stride is long and powerful.
To perform the long stride start in a standing position and simply step out in an exaggerated stride and lower your hips to the floor. You should feel a stretch in the groin/hip flexor area. Make sure your knee does not pass the toes and make sure to keep your head up and back straight. Bring the back foot back to the front and return to the standing position and repeat as you step out with the other foot.

Butt Kicks
This is a great dynamic warm-up for the hips, quads and hip flexors. Simply begin running in a forward direction. Back straight, head up and upper extremities working as normal. With each step you will kick your butt with your heel. Perform this very quickly kicking your butt and then lowering it as quickly as possible. Perform in sets of 10-15 yards.

Straight Leg Toe Touches
Straight leg toe touches are a great way to stretch the hamstrings/buttocks in a dynamic way. It will also help increase stride length by teaching the joints and associated musculature to increase the hip range of motion. It is important when performing the exercise to make sure your back is straight. Also make sure the lower extremities are warm prior to performing this exercise. You can do this by performing other dynamic stretches first or by lightly jogging for a few minutes.

Backward High Knee Walk/Long Stride
Start off facing backwards. As in the high knee walk you will want to bring your knee to your chest.The leg should be slightly bent when extended and you should try to touch your opposite hand to the toes. (right hand touches left foot). Try to keep the opposite leg straight with minimal bend. Keep head up as well. Lower the foot to the ground and then step out with your other foot. Each time you should be taking a step forward.

Lateral Strides
This is a great functional warm up for the groin muscles. Now instead of simply placing it on the ground you will perform a long stride backwards. It is important that you take a wide base to help you keep your balance. Move back up to the standing position bringing your front leg backwards. Then repeat with the opposite leg.
Start in the standing position with your knees slightly bent. Hips and shoulders are square and facing directly forward. Keeping your toes straight ahead and maintaining the bent knee position step out to the side. You should feel a stretch in the groin area. Bring your following foot in to midline and step out again. Make sure you perform the exercise in both directions facing the same way.

The following information is from Hockey Canada:

Because of the contact nature of the game and the speed with which it is played, the brain is vulnerable to injury. Trauma may occur through direct contact to the head or face or indirectly through a whiplash effect. Injuries to the brain are characterized by an altered state of consciousness. It is the altered state of consciousness that is the key thing to look for with any head injury.

NOTE: Children are more sensitive to the effects of a concussion and may need to have a longer period of rest prior to returning to activity and the sport.

A concussion is a common injury, but since they cannot be detected on x-rays or CT scans, they have been difficult to fully investigate and understand. Fortunately, there have been many important advances in our knowledge of concussions, including how to identify, manage, and recover from a concussion. Although concussions are often referred to as ‘mild traumatic head injuries’ and often resolve uneventfully, ALL concussions have the potential for serious and long-lasting symptoms and so must be treated carefully and in consultation with a physician.

What causes a concussion?

Concussions are brain injuries caused by the impact of the brain with the inside of the skull. The impact causes damage that changes how brain cells function, leading to symptoms that can be physical (headaches, dizziness), cognitive (problems remembering or concentrating), or emotional (feeling depressed). A concussion can result from a blow to the head or body in any number of activities including sports. The following link takes you to the Think First website: www.thinkfirst.ca

How can a concussion be prevented?

Never hit from behind
Beginning with the 1985-86 season, Hockey Canada introduced a rule to eliminate checking from behind.  With the implementation of rules, prevention and awareness Hockey Canada will continue to decrease the number of concussions in the game. But it takes more than this, it takes cooperation from all involved including parents to continue to enforce respect and safety in the game.

Caution: All players should consult a physician when a concussion is suspected. Coaches, trainers/safety people, players and parents should
not attempt to treat a concussion without a physician’s involvement.

For players:
•Make sure your helmet fits snugly and that the strap is fastened
•Get a custom fitted mouth guard
•Respect other players
•No hits to the head
•No hits from behind 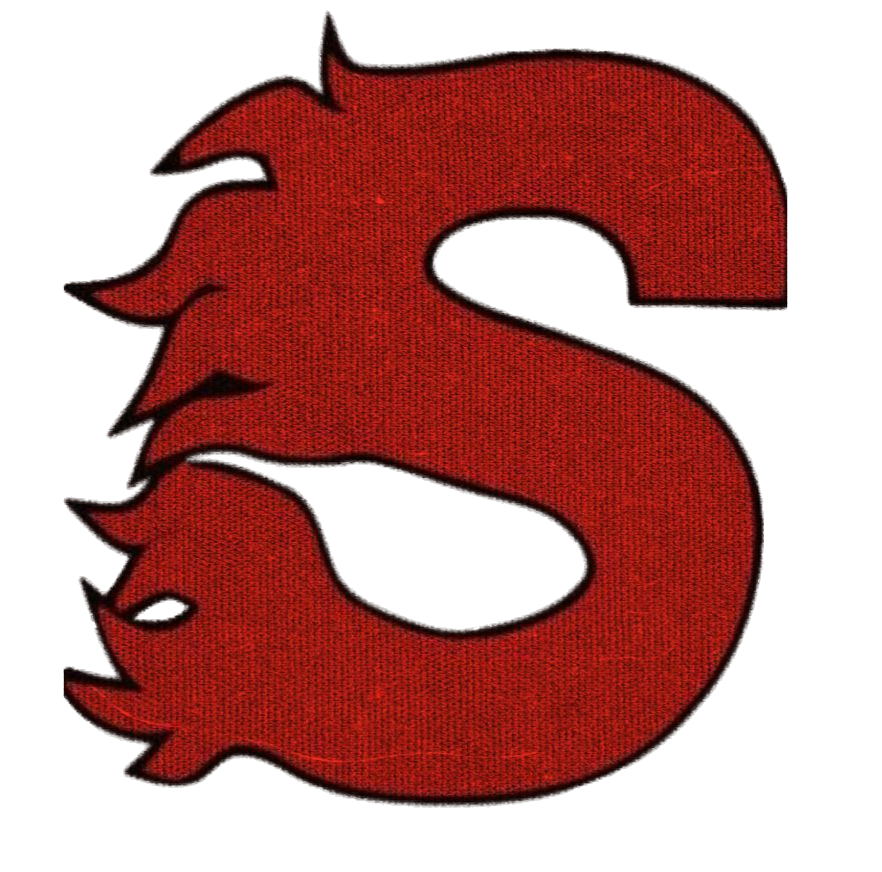